A couple of items 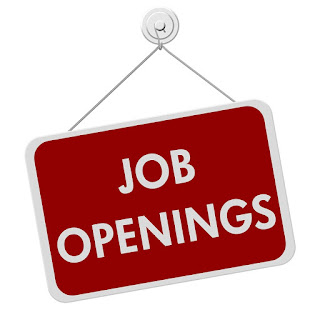 It's customary for the city to advertise in the Press Enterprise and send out emails informing interested persons that applications for a seat on the Wildomar planning commission are being taken. I'm sure that will happen as usual, but I'd like to get the process started now.

If you are interested in working for the betterment of Wildomar, and would like to be interviewed for a seat on the planning commission, please reach out to me. I haven't been issued a city email or phone yet, so at this point you'll have to use other email (or facebook messages) for the initial contact.

I'm not looking for any one thing in a potential planning commissioner, but a commitment to serve the entire four year term, and an overall positive demeanor are a must.

Other things I'm looking for: someone that doesn't have an agenda, is easy to work with, will do all their homework, visit the various project sites before voting on them, be able to explain to the public their votes during commission discussion before a vote.

You don't necessarily have to be a long time resident of Wildomar, but you're going to have to convince me that you have a commitment to our city if you're new to the area.

I'm looking to have this filled in a reasonable time frame so that the commission will have its full complement of five members with as little delay as possible.
If you're interested in the position, then you'll have to fill out an application with the city. (which can come off as invasive, but that's the tradeoff when you want to serve the public)

2: Measure AA Oversight Committee
This is a new oversight committee that was promised with the passing of the sales tax increase known as Measure AA. I haven't heard the particulars yet, but I don't believe this will be filled the same way as the planning commission.

All interested persons would need to contact city hall and ask for an application for the Measure AA Committee. You can also approach any of the council members and let them know you're interested.

My suggestion is that, in addition to the qualities listed above, you also have a head for numbers.

You may have read that some of Wildomar Rap's standard blogs will be going away. Primarily the recap of the city council and planning commission meetings. I still want to share what has gone on, but it'll be tricky while abiding by the Brown Act.

More than that and there is a voting majority (3 is a quorum) and trying to circumvent the Brown Act is an easy way to get into serious trouble.

I'm not going to rush this, as it's always better to measure twice and cut once... as my grandfather would always say.
Wildomar Rap will still highlight things within the community. Local businesses, park events, people and the like. If you know of something or someone that has a story that should be shared with the rest of Wildomar, please let me know about it, I can't write about something I'm unaware of. I can't promise that I'll blog about it, but I might.

Come on Abe, no one bats 1.000, Wildomar Rap is willing to walk back when the situation calls for it.

This blog was produced for viewing on a desktop or a laptop. Though it's been optimized for smartphones, the formatting can look odd on a smartphone or if you get this delivered through email (such as missing video links). Link to proper format.
Posted by Joseph Morabito at 1:53 PM