UPDATED 8:27pm
Clinton Keith is no open in both directions. 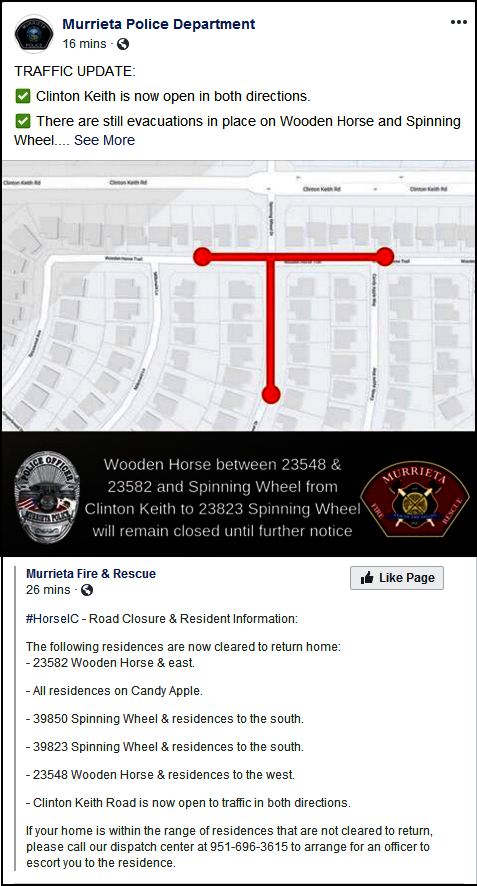 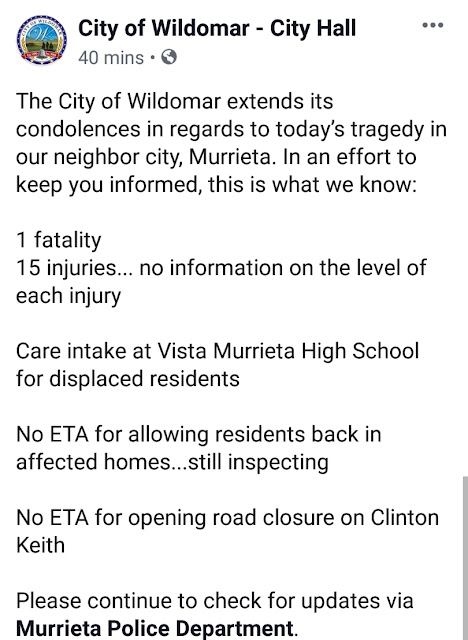 Paraphrased from Murrieta Deputy Fire Chief David Lantzer's remarks at the 3:30pm press conference.
Full video link is below. Randon Lane, acting as spokesman for SoCalGas, also spoke for a few moments at the press conference. 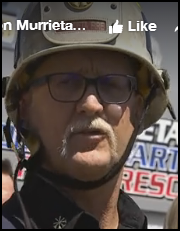 At 10:57am Murrieta FD dispatched 2 engines and a Battalion Chief to 23562 Wooden Horse Trail for a reported gas line rupture. upon arrival there was a gas leak. At that point the second engine and the Battalion Chief were cancelled.

SoCalGas employees arrived at 11:23am and began to help mitigate the incident. At approximately 12:10pm an explosion occurred at which time the onsite engine company requested a full assignment. This is an active investigation. All injured parties were transported and are being medically evaluated. No further details at this time. The total number of injured is fifteen.
From the news conference it was reported that 15 people were injured. There was no mention of a fatality because the family hadn't been notified yet.

•
This is an ongoing story and will be updated as more information becomes available. A press conference is scheduled for 3pm. Unofficially, a gas leak erupted into an explosion at around 12:19pm.

From SoCal Gas Facebook page:
Earlier today SoCalGas crews responded to reports of a damaged natural gas line and shortly after our crews arrived, there was an explosion. Sadly, one of our employees was fatally injured and others harmed. Our thoughts are with the families and first responders impacted by this incident.

As of 1 p.m. today, SoCalGas stopped the flow of gas to the property. Fire officials are continuing to fight the fire and are investigating the cause of this incident. Additional updates will be provided as they become available. 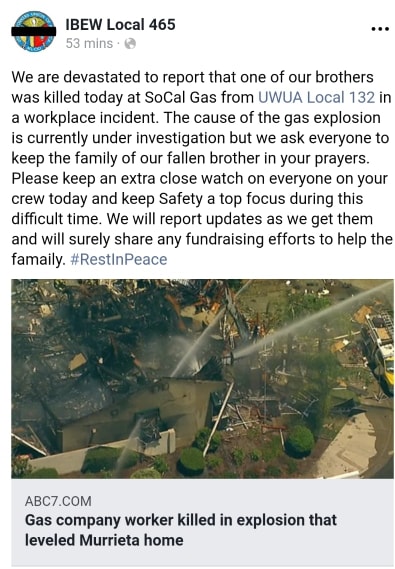 Posted by Joseph Morabito at 2:29 PM