Hey Wildomar resident, do you know who your city council members are? Many of you do, but my guess is that more of you don't.
The City Council is made up of five members elected by districts by the citizens to serve as the law-making and policy-setting body of the municipality. The Council appoints a City Manager (we're the brains and he's the brawn) to direct administrative affairs and a City Attorney to be the legal advisor for the City.

We don't have a directly elected Mayor in Wildomar

Council Members are elected by District to a four-year term of office with staggered terms. This means at one election there will be three Council Members elected (as in 2018), and the next election there will be two Council Members elected (such as next year). Elections are held in November of even-numbered years.
Below are the bios that are on the city's website. Included are various ways to contact each member. All five have personal pages on Facebook and weigh in on matters from time to time (two of us are on Facebook quite regularly). 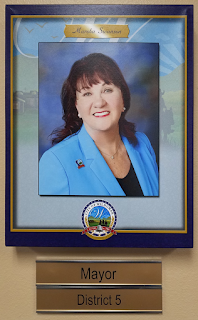 To have local control and balanced growth within our City. I would like to keep that rural community feel with well planned development.

Personal biography
I have lived and worked in Wildomar for forty plus years, married to my husband, John for 49 years. We have 3 daughters, 7 grandchildren and 6 great grandchildren.
My career has been spent fulfilling the American Dream of home ownership, then giving back as a Branch Manager for Coldwell Banker Residential Brokerage, training new agents and solving problems for experienced agents. My vocation has come full circle as I am presently an agent again. I have served on City Council for 9 years working and learning how to keep Wildomar a great place to live. 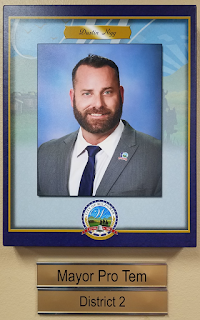 Personal biography
I have been a resident of Wildomar since 2001 and a Farm resident for 6 years. I currently serve in the Marine Corps Reserve and have been serving for 15 years with 3 combat deployments in Iraq and Africa. My current duty has me as Senior Enlisted Advisor for a unit of 125 Marines. On the civilian side, I have a Bachelor’s of Science degree in Business with an emphasis on Management. I am employed as a Defense Contractor for the Marine Corps working on Command and Control systems utilized by the Marine Corps during combat deployments.

I am married to my beautiful wife Desiree, who is also a combat veteran, and together we have 3 beautiful little girls, 2 of which are Crowned Little Miss and Pixie Miss City of Wildomar.
My goal is to ensure that we as a city continue to grow responsibly while maintaining fiscal responsibility. I want our city to foster opportunities for businesses to help with that responsible growth. With the recent uptick in crime partly due to Prop 47, public safety is an increasingly important subject that needs to be continuingly addressed not only in The Farm but Wildomar as a whole. 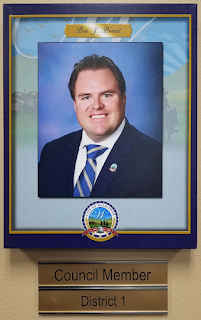 Personal biography
Growing up in the Coachella Valley and starting his own computer networking business in 2001, Council Member Benoit moved to the City of Wildomar in 2004. After personally going through the development process of building a house off of an unmaintained dirt road in Wildomar, he became a strong supporter of the effort to incorporate Wildomar as a City in order to bring local control to the community.

Having been involved in Rotary and the Chamber of Commerce, Mr. Benoit was encouraged to run for the Wildomar City Council in 2010 and was elected. He served as Mayor Pro Tem in 2011 and Mayor in 2012.

Council Member Benoit serves on Western Regional Council of Governments (WRCOG) and was a part of the Board when it won the President's Award for Excellence from Southern California Association of Governments (SCAG) for WRCOG's HERO program. The HERO Financing Program is the nation's largest Property Assessed Clean Energy (PACE) program, and Council Member Benoit is a strong supporter of bringing this program to other municipalities throughout California.

Serving on Riverside County Transportation Commission (RCTC), Council Member Benoit has been a strong supporter of helping further Metro-link's reach into Riverside County. He sits on the Perris Valley Line (PVL) ad hoc committee, and hopes to see this important project move to construction in 2013. 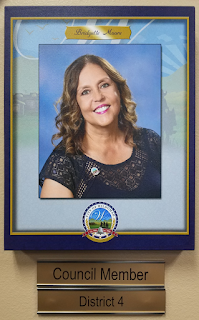 
Personal goal statement
As a member of your first City Council, my personal goals are to enhance our connectivity, public safety, and quality of life. Wildomar is a community rich with family values and a strong sense of togetherness. Before becoming a City, the County expended significant funding on behalf of Wildomar, but where are those services? I want those same monies spent more wisely on top-notch recreational events that bring family and friends together. Those same funds could enhance our quality of life with such things as better municipal services, increased public transportation and better bus shelters. We can work hand -in – hand with law enforcement and fire to make our City safer, and to prepare us for any emergencies that may come our way. A great community is a first class incentive to a more robust retail and commercial sector and the all-important issue of creating good, new jobs. My goal is to do this by working within our budget and by working smarter.
Personal biography
Councilmember Bridgette Moore was part of the inaugural city council in 2008. She has served two terms and is currently serving her third term. Councilmember Moore was the first woman in the City’s history to serve as Mayor in 2010. She was elected Mayor again in 2016.
Councilmember Moore has called Wildomar her home for the past 20 years. She is married to her husband, Stewart Moore, and they have one son, Jake. 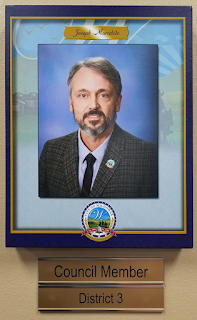 Contact Information
Phone: 951-677-7751
Because of the rampant scam calls, I don't answer if it's a number that isn't in my phone. Please leave a message, or send a text letting me know who you are. I always return calls at my first opportunity.
Email: jmorabito@cityofwildomar.org
Facebook
Instagram (Administered by Grace Morabito)

Personal biography
I was born in the IE and went to schools in Riverside, San Bernardino and Fontana until my family moved to San Clemente in 1979. In South Orange County, when I was twenty-two years old, I started a cleaning service that kept me busy for a couple of decades. When I was in my early forties I changed course and started an animation-video production service.
In 2001 our family chose Wildomar as a home for a variety of reasons; chief among them was the beauty and charm of the natural surroundings. Since Fall of 2013, I've attended nearly all of the city meetings, which include: city council meetings, planning commission meetings, various subcommittee meetings, task force meetings and have attended nearly all city events/functions too.

My wife Grace and I have three grown children.

Caveat Emptor, Wildomar Rap is both absurd and impossible.

This blog was produced for viewing on a desktop or a laptop. Though it's been optimized for smartphones, the formatting can look odd on a smartphone or if you get this delivered through email (such as missing video links). Link to proper format.
Posted by Joseph Morabito at 11:27 AM