The close out of another year has occurred, while a new year busily pecks its way out of the shell.


This will be a quick look back at some of the bigger stories that came out of Wildomar in 2018... as seen through the e-pages of this blog.

Depending on how much time you have on your hands, you can just look at the photos as we stroll down memory lane, or if you have a ton of time to kill, click on the provided links to read the original blog entries. The choice is yours. ☺

I'm sure that we could have easily tripled the number of stories to highlight, but time is of the essence and all that jazz. Happy New Year, be safe!

Wildomar Rap flies more one of those giant moths seen up in the nosebleed sections of many sporting stadiums. You know the type —the ones that dive bomb you incessantly until someone dares the drunk guy to eat it... yeah, that kind of moth.

This blog was produced for viewing on a desktop or a laptop. Though it's been optimized for smartphones, the formatting can look odd on a smartphone or if you get this delivered through email (such as missing video links). Link to proper format.
Posted by Joseph Morabito at 6:12 PM 3 comments:

Email ThisBlogThis!Share to TwitterShare to FacebookShare to Pinterest
Labels: year in review

• Arrest Made After 8 Hour Standoff 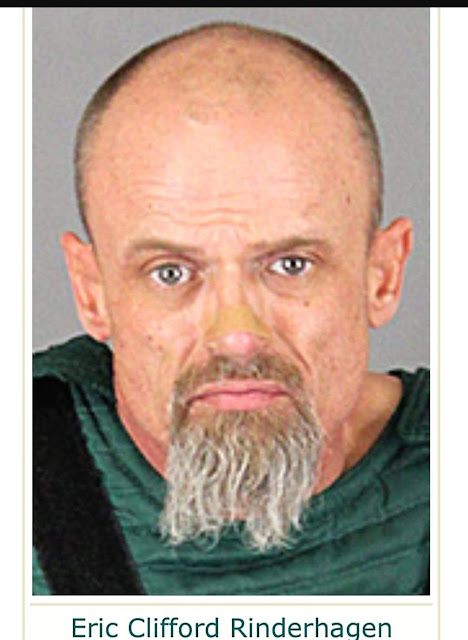 This began around noon and kept the busy corridor of Clinton Keith Road closed until nearly 9:00pm. Thankfully, no one was hurt.

Based on the press release from the Riverside County Sheriff's Department, this wasn't the first run in with the Wildomar resident.

"On November 26, 2018, detectives assigned to the Wildomar Police Department received information from an allied agency regarding a citizen of the city of Wildomar making threats to kill multiple people related to and acquainted to the suspect, on a specific date."
- Press Release

This incident kept many local social media pages busy with rumor and innuendo throughout the evening. I know we'd all like real-time updates, especially if we live near the affected areas, but that is only a reality in Hollywood productions.

As it happened in this case, our police did a top job with everyone's safety in mind, no one got hurt, and periodic updates were issued at key periods. Details: (directly from the press release)

On November 26, 2018, detectives assigned to the Wildomar Police Department received information from an allied agency regarding a citizen of the city of Wildomar making threats to kill multiple people related to and acquainted to the suspect, on a specific date. Detectives conducted interviews with potential victims and witnesses and obtained evidence from recorded phone messages and text messages. A threat assessment of the suspect was conducted and based on multiple weapons registered to the suspect, the Riverside County Special Weapons and Tactics (SWAT) team was notified.

On December 20, 2018, at approximately 11:11 A.M., residents living on the 24000 block of Mauri Ct., city of Wildomar, called 911 regarding a male adult standing on a driveway firing a rifle into the air and making threats to neighbors. The suspect identified firing the rifle was confirmed to be the suspect identified in the terrorist threats investigation. The Riverside County Sheriff’s SWAT team was activated and responded to the scene. After several hours, the suspect was taken into custody without injury to him, the public or deputy sheriffs.

The suspect, identified as Eric Clifford Rinderhagen, 44 years old and resident of Wildomar, was interviewed and later arrested for multiple charges of making terrorist threats, negligent discharge of a firearm, stalking and resisting arrest. Mr. Rinderhagen was booked into Cois Byrd Detention Center. There are no other suspects related to this incident and there is no threat to public safety at this time.

If you are interested in a career with us, please apply at www.joinrsd.org or call 1-888-Join-RSD

They will be much drier than in the past, but still have valuable information (assuming I still have the time to do them). It's a work in progress, so it may take some time getting my bearings here.

I'll try to get some pictures of the presentations when I can, but I still need to figure out the logistics on such. My apologies to the winners of the Holiday Lights Contest.
I won't be logging the public comments, and will only add the parts most interesting to me.
1.5 Video Streaming/On Demand and PEG Broadcasting City Meetings

The City of Wildomar will immediately be able to broadcast our meetings on the custom Livestream web address:

https://livestream.com/accounts/26084177/Wildomar
Additionally, The City of Wildomar public meetings (City Council and Planning Commission) will be live and rebroadcasted on:

So far the two December City Council meetings have been recorded, and are still up and available. Please remember that the equipment used for the December meetings was temporary, therefore the produced videos weren't perfect.
https://livestream.com/accounts/26084177/Wildomar/videos/184714203

Please allow some time for the kinks to be worked out, and they will be in short order.
1.6 Declare a Vacancy on the Planning Commission
(directly from the agenda packet) At the November 6, 2018 election, the incumbent, Timothy Walker was not re-elected.

Since the Planning Commissioner terms run concurrent with the appointing Council Member terms, the appointee of former Councilman Walker will also have her term expire on February 10, 2019.

With the declaration of the vacancy, the City Clerk will take applications for a period of 30 calendar days. In this case the open filing period will be December 13 – January 14 (the 13th is a Sunday so it would go to the next business day). It is anticipated that an appointment would be made at the February 13, 2019 meeting.

If you are interested in serving the community, consider putting in your application.

Here is a direct link to the application

I'm hoping to fill the position by the next city council meeting after the filing period.
1.13 Measure AA
On November 6, 2018, the voters of the City of Wildomar approved Ordinance No. 161, establishing a Transactions and Use Tax (Measure AA) that will be administered by the California Department of Tax and Fee Administration (CDTFA).
Effective on April 1, 2019, Measure AA establishes a 1.0% transactions tax on the gross receipts of any retailer from the sale of tangible property sold within the city limits. In addition, an excise tax of 1.0% is imposed on the storage, use or other consumption within the city limits of Wildomar of tangible personal property purchased from any retailer.

Therefore, the City Council may increase the City Manager’s base salary for 2019 through the approval of the attached Resolution upon completion of a satisfactory performance review.

I will not be making a habit out of abstaining from votes, but this was a "performance review" of the City Manager's past year. I wasn't there in a position to see the work that was done, so I thought it only reasonable to abstain from the vote.

There is a lot for me to learn between now and next year's "performance review". The job of a city council member is a lot more complex and nuanced than I understood when I was looking in from the outside... as is that of the City Manager.
3.2 2019 Parks and Community Services Special Event Dates
There are 17 events on the calendar so far. That's not counting the various events at the library or the schools (check with those entities for their calendars of events).
3.4 Appointment of Mayor and Mayor Pro Tem for 2019
The Mayor for 2019 will be Marsha Swanson, and the Mayor Pro-Tem will be Dustin Nigg.

Wildomar Rap has been full of doubt since day one.

This blog was produced for viewing on a desktop or a laptop. Though it's been optimized for smartphones, the formatting can look odd on a smartphone or if you get this delivered through email (such as missing video links). Link to proper format.
Posted by Joseph Morabito at 5:04 PM No comments: